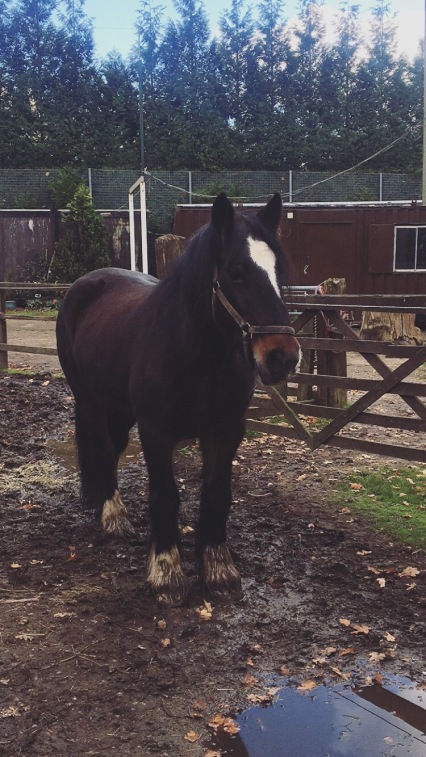 I’ve been to this park throughout my childhood as it’s just around the corner from my house. I never recorded the sounds and activity of the place before, even though I’ve attended concerts and family picnics there. For my Uni assignment called ‘Sense Of Place’, I hired out a Zoom 4 audio recorder and Sennheiser shotgun microphone from the kit room at my uni. The Park has different areas for example. A Museum, Golf Area and Horse Stables, where young people can learn to be a future equestrian.

I wanted to capture the walk into the park, so I recorded a close recording of me walking through the autumn leaves, the mic was a super-cardiod mic which came out very amplified. Then I visited the horse stables, positioning behind a gate. A beautiful, strong horse who was standing in his stable, the horse was happily trotting up and down. Whilst I was faintly recording, it galloped to the the other side then shot back to my gate. The sounds recorded on the Sennheiser was quite heavy footed and earthy, but if I was there for longer I could have captivated more vivid sounds. The open family museum has some interesting displays of history and recreations showing of what life used to be without the facilities and technology we luckily have now.  The two voices from the displays where coming from both sides of the room. The microphone being very sensitive, picked up the main voice in the tunnel direction my mic was pointing. Also picking up the other voice in the background. When I played it back on the Zoom recorder, it translated into a overlapped echo.

My walk in the park was long one and I wanted to get the sounds of the little lake that is placed at the far end the park. The mic was stationed near the bed of the lake, I recording  a caption of me throwing stones into the pond, with the drops of the stones rippling on the water. I really like the peace and tranquility I got from recording the surrounding of the park and it’s magical settings.

I was born in Bedfordshire, England. I'm from a musical and artistic background, with creating music and writing songs from a young age. Still life drawing, carpentry and sculpture design is an area in Art that I have previously studied. I am B.A Sound Arts & Design student at London College of Communication in London, learning to become a Sound Practitioner in Sound Arts. I did a sound installation called, 'Bari (Home)' at Gallery 46, White Chapel, April 2019 about the cultural integration of the Tower Hamlet of London area. My influences have come form contextual art, artistes, music and sound, film and audio visual works. I'm intrigued by sound discovery and perception of the sounds we hear. View more posts